This question is important because fish hunger will determine their probability of taking a bite at your fly. When their hunger is at its peak, it is easier to make them bite at your luring fly.

The best time of the day to fly fish will vary on different days. It depends on the season, the weather, the condition of the water, the special characteristics of this particular stream, and also the learned behavior of the fish.

You can either know of the best time through the local fly shop or put the task to experiment by yourself.

An angler needs to pay attention to the time at which fly hatches occur in that particular water body. Most hatches occur at two set times. Either early in the morning or in the evening with the drowning sun.

One way to identify hatches is by watching the movement of water. You will see splashes in the water at points where the fish feed on the water’s surface.

It may be difficult to identify these ‘rises’ as a beginner but it refers to the slight disturbance of water as the fish rise underneath. If you see many such splashes around you, you are in for a good day of fishing, and at the right time.

The hatching times also explain why the fish are most active under low light conditions. It is probably because their food is most in abundance when the sun is about to rise or when it is falling.

Fish tend to feed the most in the absence of the sun. or when the sun is at its lowest. To aim at a particular fish, you need to know when the flies hatch in its water body. This will be different for different water bodies in different seasons.

The feeding time of the fish may be shorter than you expect. But if you are present at the right place at the right time, you might just catch more fish than you think.

A shorter feeding time does not rule out the possibility of catching fish. Instead, it guarantees that a large population of fish will be feeding together at a particular time. It may be the best opportunity and the best deal.

Like Early Spring, More Flies Will Hatch in the Warmest Part of the Day in the Winter Season

The feeding time of the fish doesn’t depend on the time the fish feel hungry. It depends on the time at which the food is easily and abundantly available.

In the winter months, flies hatch at the warmest time of the day. This may be an early afternoon in most areas. This may be the best time to catch large trophies.

It is also important to take note of the type of flies that usually appear in a water body at a particular location in a specific season. The flies that fishes consume in winter will be different from the ones they consume in the spring, autumn, or summer season.

At the Peak of June, More Flies Will Hatch in the Evening

June is the peak month of the summer season in the Northern hemisphere. The temperature is consistently warm throughout the day.

The ideal temperature for the flies to hatch in this scenario comes in the evening. You could lay out the most negligible dry fly you own and watch fish go gaga over it.

You must be aware that insects breed the most in the summer months. This means that comparatively more food is available on the water surface in summer evenings than during the peak hatching times in other seasons. More fish will bite your fly than you anticipate, watch out!

There are two best times for the flies to hatch in the July and August months. Dawn and dusk are the times fish most actively feed in the summer months.

Start out as an emerging fly or a nymph. As you progress, keep trying different flies. No particular fly will be promising but you will get there by trial and error.

Remember that we are mentioning the best times at which the most fish will bite. This doesn’t mean that the fish won’t bite at other times of the day. They are hungry and foodie gobblers. Fish won’t stop.

In September and October, Head Out in the Warmest Parts of the Day

The weather is less predictable in September and October. The fish will be eagerly waiting for the day to turn warm and the flies to hatch.

The fish will be less active as the day turns cold because there will be lesser flies to eat. If you’re looking to fish in September and October, be sure to wear polarized glasses and pay eager attention to the movements underneath the water surface.

Determine the Type of Flies the Fish Want

Ask the local fly shop owner about the most successful flies in the ongoing season. If your selected water body’s main hatch is mayflies, use the tail of a bead head pheasant. Even a hare’s ear is a very attractive fly for fish that watch out for mayflies.

If you see fishtails splashing in the water, it is a sign that trout are feeding underneath the water surface. The chief fly in such a case must be the emerging fly.

Contrary to your expectations, fishing with emerging flies could be just as wonderful as fly fishing with dry flies. Make use of the Extreme Emerger or a Barr Emerger and see if they attract a school.

You Must Imitate the Flies That Are Already Hatching

Fly fishing can get tedious at times. You’ll encounter times when the fish decide to feed on everything else in the water except your fly. Don’t let the confusion make you give up. Many good fishing days begin after bad ones.

If this ever happens to you, don’t let the frustration take the room. Instead, make the best out of the situation. Look closely at the insects the fish are feeding on at that time. If the flies are hatching on water, the water body seems to be filled up to the brim with fish.

The best way to catch them is to give them what they want. Pick up this wonder insect all the fish seem to be attracted to. Now figure out how you can make one of your flies resemble it to the maximum.

See if it appears similar to one of the flies you already have. This will solve your problem. Introduce this fly as naturally as possible and ignite an attack from the fish.

Your presentation should be so perfect that the fish doesn’t get suspicious. Trouts always strike flies that resemble their natural food. In case there isn’t any similar fly in your fly box, make one of your flies resemble the flies the fish crave for. The tail of one fly may be useful as the best dry fly in some circumstances.

‘Rises’ underneath the water surface indicate that the fish are biting.

The Feeding Times of Different Species of Fish May Be Different

Some fish like to go hunting as soon as morning dawns. Others wait underneath until the water is warmer. It is essential to know what suits best the fish you are aiming at.

Today, we are blessed with an internet where there is ample information about any fish we would want to get.

Know Where to Look

The best fishing happens when the angler knows abundantly about the behavior of the fish. You might think that there won’t be many shots on a hot summer day, but the best fishing is only possible when you know where to look.

On a hot and blazing summer day, go for the spots that aren’t as hot as the rest of the water. Look for the cool and shady spots. This is where the fish will be lounging at. It is possible to catch a large number of fish in relatively unfavorable conditions when you know how to do it right.

Always remember that the activity of the fish is most influenced by the water temperature. We know that the temperature of the water varies with season and the time of the day. What we don’t know is that water has different temperatures at different depths.

Deeper water will be colder than the water just underneath the surface. If you plan on fishing in deep waters, you should go for warmer parts of the day when the fish will be relatively below. This holds even if you are using nymph flies.

When you’re fly fishing in shallow water areas, nothing will match the availability of fish at the time of sunrise and sunset. 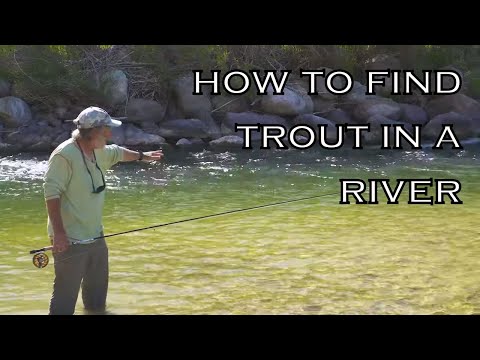 Which Part of the Day Best Suit Your Fly Fishing Expectations

Early morning is the classic time for fly fishing. The fish are found freely roaming about in cool and comfortable waters. There are some hot spots even early in the morning. This often includes the middle of the stream where the fish actively hunt hatching flies.

As the day gets hotter, the fish will start descending lower in the water body. Summer is the most favorable season for early morning fishing. The least favorable seasons for this time are winter, spring, and fall.

The fish will move to deeper regions as the sun starts shining brightly in the summer. The time from morning to afternoon is better suited for fishing in colder months when the water will be warm enough for the fish to roam around and hunt comfortably.

This is because the water starts cooling down again around this time. As the water temperature becomes cool enough for the fish, they move back again to shallower regions and become a treat for fly anglers. You can continue fly fishing endlessly until sunset.

However, this period is not as good for fly fishing in the spring and winter months. Most fish return to their deeper habitats at this time.

Who knows it better than anglers? The biggest fish come out to hunt at night, especially during the summer season. You ought to go fly fishing after dark sometimes. The breeze is cool, the fish is abundant and large, it is impossible to cast shadows, and the fish get tricked easily. Nighttime is a boon for flyers in the summer.

You should always watch the weather forecast before you head out for fly fishing. A sunny day could abruptly turn into a storm. Be prepared in advance. Use a Fly Fishing Checklist. Take note of the dread that is a sunny day after a snowstorm in the winter season. Such days will always be colder than others despite the shining sun. The rivers will look abandoned and the fish will not seem to be hungry or excited.

It is very beneficial to fish a day before the approaching storm. The perfect fishing time for fly fishing is warm enough and not too cold. We hope you land every trout you aim at.

Hi, I am Chuck Dudley. I have been a fly fishing guide in North Texas for over 20 years. I love everything about fly fishing, from the thrill of the chase all the way to putting a big fish on your stringer.